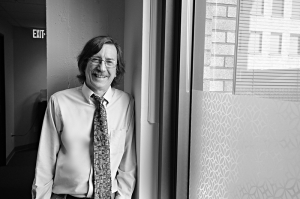 Carl Gunn is of counsel at Kaye, McLane, Bednarski & Litt.  He specializes in criminal appellate litigation.  Carl has been a federal criminal lawyer for over 30 years and worked in Federal Public Defender offices for over 28 years, mostly in the Los Angeles office, but also in the Tacoma, Washington office for 3 years and the Alaska office as a visiting defender for 4 months.  He was included in the first group of recipients of the Association of Federal Defenders Outstanding Assistant Federal Defender Award when that award was created in 1997.

Carl is a member of the both the California and Washington state bars, multiple federal district court bars, the bars of the United States Courts of Appeals for the Ninth and District of Columbia Circuits, the bar of the United States Supreme Court, and California Attorneys for Criminal Justice and the National Association of Criminal Defense Lawyers.  He is a 1977 graduate of Pomona College, where he was magna cum laude and Phi Beta Kappa, and a 1982 graduate of Stanford Law School, where he also excelled academically.  He clerked for Justice Robert F. Utter on the Washington State Supreme Court and went immediately into federal public defender practice after that clerkship.

Carl has tried over 75 cases in federal district court and argued well over 100 appeals in the United States Court of Appeals for the Ninth Circuit, including three en banc arguments.  He has also argued in the United States Supreme Court and was the attorney designated to argue the constitutionality of the sentencing guidelines before the District Court for the Central District of California sitting en banc, in United States v. Ortega-Lopez, et al., 684 F. Supp. 1506 (C.D. Cal. 1988).   He has written multiple articles on various federal criminal law topics, co-authored a book chapter on firearms offenses and sentencing, and made multiple CLE presentations on various federal criminal law topics.  He is known as a resource and advocate in creative and cutting edge criminal defense issues, which is what has led to his blog on this website: “Hanging Out with Carl Gunn.”

In his spare time, Carl enjoys backpacking in the Sierra Nevada and the Pacific Northwest, and has been lucky enough to add treks and backpack trips in Alaska, Switzerland, and Patagonia.