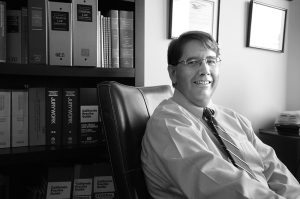 David McLane is a partner in MBL.  David received his Bachelor of Arts degree Summa Cum Laude and Phi Beta Kappa from the University of California at Los Angeles in 1981, and received his law degree in 1986 from UCLA. He was an associate in the law firm Sheppard, Mullin, Richter & Hampton located in Los Angeles, California, where he practiced as a civil litigator.  From 1990 to 2003, David was in the trial unit of the Federal Public Defender, where he conducted multiple trials. In 2003, he left to form Kaye, McLane & Bednarski, now MBL, and his practice areas include civil rights and criminal defense.

David represents clients in both State and Federal Court.  He has tried many cases and has obtained numerous acquittals and dismissals at trial.  He has negotiated reduced charges, dismissals, and reduced sentences in areas including fraud, narcotics, RICO, robbery, money laundering, tax evasion, weapons, and immigration cases. He has argued numerous cases in the Ninth Circuit Court of Appeals and has several published opinions.

In the civil rights area, David has represented several clients and their families in 1983 actions who have been wrongfully imprisoned, persons who have been injured due to guards’ excessive force, or have committed suicide based on jail practices, resulting in large recoveries for clients. He recently filed a class action lawsuit against San Bernardino County for discriminatory practices against LGBT persons, and litigates Federal Tort Claims Acts suits as well.  He also has successively litigated several personal injury cases.

David is known for his zealous representation of those who have been wrongfully charged, need someone who will stand up for them in court, and will leave no stone unturned in his pursuit of justice for his clients.

California Lawyer of the Year 2010

David obtained a dismissal for a client at a bail hearing in federal court, where he was in custody, and facing a 10 year mandatory minimum in a drug case.

He obtained an acquittal at trial where client charged with assaulting a federal ICE agent, where David obtained evidence in Mexico proving that the agent assaulted the client, not the other way around.

David obtained an acquittal for a woman facing a mandatory minimum ten year sentence in a drug importation case, where she had over 3 kilograms of heroin lined in a suitcase.

David obtained an acquittal for a businessman charged criminally with SBA loan fraud.

David defended a man charged with molestation in state court, who was innocent, and obtained a dismissal of all molestation charges at trial.

David has repeatedly beat the guidelines at sentencing in federal cases, for example, in a 40 million real estate fraud case, where the client was looking at over 5 years in jail, David obtained a sentence of probation.

David was co-counsel in a wrongful imprisonment case, Goldstein, where the client received the largest pre-trial settlement in California history, 7.95 million dollars for 24 years in prison. David received the California Lawyer of the Year award for that case.

David has recently obtained two substantial settlements for client’s families whose sons committed suicide in jail where they did not receive proper supervision and medical treatment.

In a personal injury case, where David’s disabled client was injured while riding in a school bus that was hit by a car, David’s client had no visible injuries or structural brain damage.  Through neuropsychological testing it was established that she had a diminished IQ, and David achieved a substantial settlement for his client.

David successfully represented a man wrongfully convicted for 17 years and obtained a $8.3 million settlement from the City of Los Angeles.

In a defamation and libel suit, where David’s client was libeled in his work place, David obtained a judgment of over 1 million dollars.

David headed the Federal Public Defender’s Indefinite Detention Project, which resulted in over 300 detainees from numerous countries being released from immigration custody.